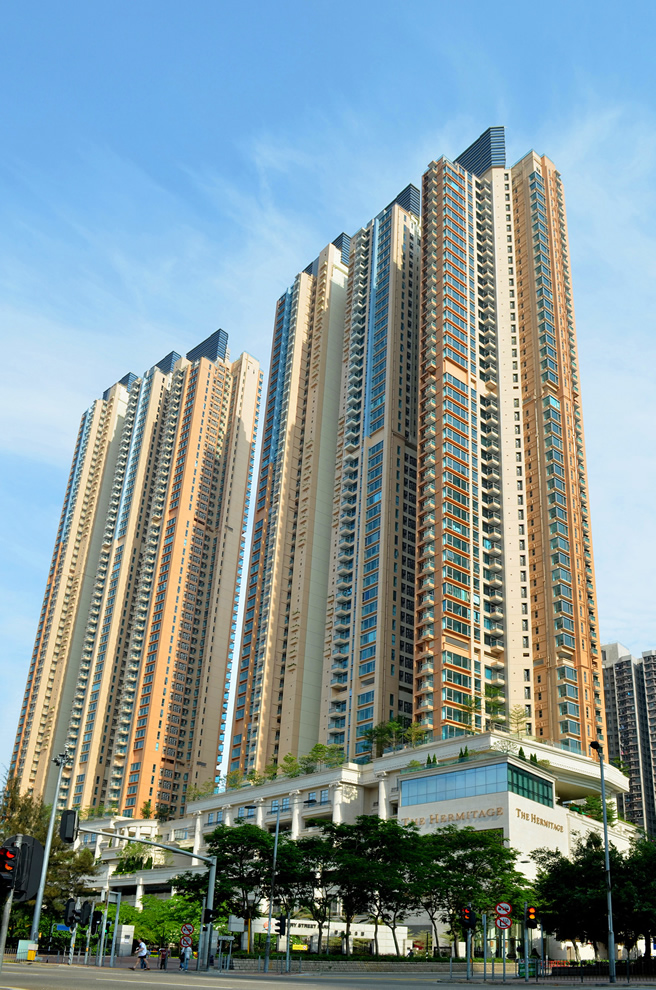 The Hermitage is led by the development of Sino Land, Hoi Wang Road, West Kowloon joint venture development project and is next to Olympic MTR Station, which is formed by six high-level residential buildings and a luxurious clubhouse. When completed, it will become another landmark of luxury and as a position of respect laying the "West Kowloon Golden Standard Enclosure mansion".